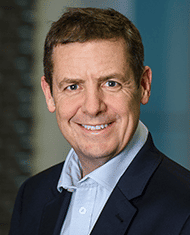 Guy Platten is a qualified master mariner with a long background in the marine industry both at sea and ashore.

He was appointed Secretary General of the International Chamber of Shipping (ICS) in August 2018. The ICS membership comprises national shipowners’ associations in Asia, Europe and the Americas whose member shipping companies operate over 80% of the world’s merchant tonnage. The ICS represents and promotes the views and interests of its member at a variety of fora including the International Maritime Organisation, International labour Organisation and many others.

Before moving to the ICS Guy was Chief Executive of the United Kingdom Chamber of Shipping where he led the team to a number of successes including an increase in membership, elimination of annual deficits, raising the profile of the industry to a variety of stakeholders including media and a number of significant policy achievements,

Prior to this, he was Chief Executive of Caledonian Maritime Assets (CMAL) Ltd. establishing CMAL and building it into a respected company delivering vital transport infrastructure to the West Coast of Scotland. He oversaw construction and delivery of two innovative hybrid ferries as part of a fleet renewal programme along with a number of significant harbour developments.

Before CMAL, Guy was Director of Marine Operations for the Northern Lighthouse Board and was responsible for the NLB fleet, Oban port facility, 24-hour monitor centre and providing navigational advice regarding the provision of Aids to Navigation around the coast of Scotland and the Isle of Man. He served on the Aids to Navigation Management Committee of IALA.

His career at sea began in 1982 with the Royal Fleet Auxiliary Service. He joined the RNLI in 1993 as an Inspector of Lifeboats, latterly as Inspector for Scotland training and overseeing lifeboat crews around the coast and following this he served with the MOD as a Salvage Officer and led or contributed to a number of projects including the removal of oil from a sunken World War 2 battleship, recovery of ditched aircraft and the refloating of a grounded warship.