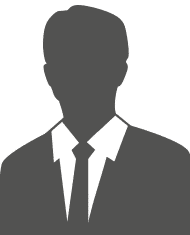 Gareth Long is the lead in the Department for Transport (DfT) Maritime Directorate for identifying new stakeholder relationships and partnerships. Alongside this, he is responsible for maintaining and enhancing the many existing relationships between Government and stakeholders across the Maritime sector. His responsibilities also include ensuring the Ministers are fully briefed ahead of meetings and engagements, planning events such as London International Shipping Week (LISW), regular meetings between Senior Civil Servants and Ministers with stakeholders and preparing for major upcoming events such as the UK hosting the Global Maritime Forum (GMF) and various others.

Gareth joined the DfT in 2019 after spending over ten years at Transport for London (TfL). Where he was Correspondence Officer to then Mayor of London, Boris Johnson, an Assembly Liaison Officer managing the relationship between the Greater London Authority and TfL, preparing briefings, correspondence and Mayors Question responses for the Mayor of London, as well as preparing briefings for Peoples Question Time events and briefings for the Executive Management Team. He was an accessibility champion and also managed the relationships with watchdogs London TravelWatch and the Local Government Ombudsman.

Gareth is a member of the Honourable Company of Master Mariners and a father of three.

Gareth Long is a member of the following:
Stakeholder Working Group