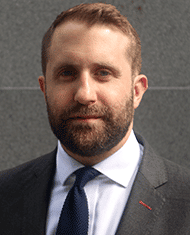 Jos began his career working in Uganda as General Manager of an industrial generator business, primarily working in the burgeoning mobile telecoms market. Returning to the UK in 2005, Jos read Politics at University of Southampton. Since leaving University in 2008 Jos has worked in the maritime sector.

Before joining Maritime London as Chief Executive in July 2017, Jos was Director of Development & External Affairs at global maritime charity The Mission to Seafarers, where he had overall responsibility for communications, industry engagement and income generation.

Jos’s primary role at Maritime London is to ensure that the United Kingdom and London remain at the heart of the global maritime business.