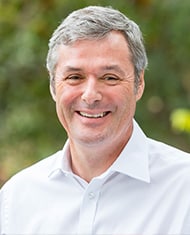 Mark Jackson was appointed the Chief Executive Officer of the Baltic Exchange in January 2017. He had previously been a director of the Baltic Exchange and served as its Chairman 2009-2012. The London headquartered Baltic Exchange is an international provider of benchmark rates for the bulk shipping industry and its 650 shipowning, chartering and shipbroking company members adhere to a code of conduct. It was acquired by the Singapore Exchange in 2016 and Mark is focused on building its London presence and broadening its Asia footprint.

He was previously a director of dry bulk shipowner and operator AM Nomikos & Son (UK) Ltd and the Chief Commercial Officer for the Athens based AM Nomikos Group. Mark has over 35 years of shipping industry experience and started his shipping career in 1981 in Sydney, Australia. After 18 years working as a shipbroker in Sydney, Hong Kong, New York and London, he joined A.M. Nomikos (UK) in 1998.

Mark lives in London and is married with three children. His hobbies include sailing and squash.