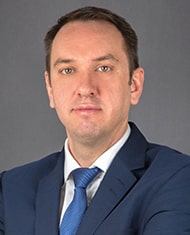 Richard Ballantyne became the Chief Executive and Director of the BPA in 2016. He represents the BPA to a number of industry bodies and is a member of a wide range of government stakeholder groups and European Committees.

Richard has in depth expertise in ports, transport and environment policy matters as well as a wide experience of the legislative process around the UK. He sits on the European Sea Ports Organisation’s Executive Committee, the Maritime UK Board and is also a Director of Port Skills and Safety.

Before joining the BPA he spent five years at a Westminister political consulatancy and was previously an MP’s researcher in the House of Commons.

On the LISW Steering Group, Richard represents the whole of the UK ports sector, including both the British Ports Association (BPA) and the UK Major Ports Group (UKMPG).