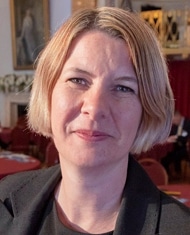 Debbie has spent most of her career in communications role, including marketing, public relations and journalism. She has worked for trade unions, charities, government and private sector organisations.

Debbie is very proud to have become a champion for increasing diversity in the maritime sector and was recently appointed the co-Chair of Maritime UK’s new Diversity in Maritime programme. She is also the Trustee for NUJ Extra, which support journalists in need.